The Metropolitan Football Stadium District (the District) is a body corporate and political subdivision of the State of Colorado established pursuant to the Metropolitan Football Stadium District Act, Article 15, Title 32 of the Colorado Revised Statutes, (Act). The District includes all or part of the seven counties in the Denver metropolitan area.  The District was created for the purpose of planning, acquiring land and constructing a professional football stadium.  The Act authorizes the District to levy and collect a sales tax on one-tenth of one percent throughout the District as of January 1, 2001 and will collect the tax for a period not to extend beyond January 1, 2012. The sales tax assists the District in financing the acquisition of land, construction of the Stadium and the payments of debt service. 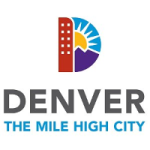 OUR BOARD OF DIRECTORS

The Metropolitan Football Stadium District is governed by a Board of Directors of nine members who serve without compensation.

*All meetings start at 10:00 am unless stated otherwise

*Please note that meeting dates and times are subject to change

The Metropolitan Football Stadium District joins the many who are saddened to hear of the passing of longtime former Board Member Joy Burns.

Burns served the board since its inception in 1996 until 2019 appointed and re-appointed by four successive governors.

Armed with an impressive business, real estate background, strong leadership skills, and sense of community, Burns leaned in on early decision making days of the MFSD helping set the foundation to establish a solid public private partnership.  Her contribution on the MFSD Board helped assure the success of constructing the new Mile High Stadium (Empower Field at Mile High) on time and on budget.

A lifelong sports fan and philanthropist, Burns was involved in countless community, business and sports endeavors always offering her expertise and experience with wisdom and candor.

Burns remained engaged throughout her tenure as a MFSD Board member always attentive to details and always rooting for her favorite professional football team the Denver Broncos.  She has left an indelible mark on our stadium, our community and all those she touched.

The Stadium Investment Corporation created by the Metropolitan Football Stadium District and the Stadium Management Company invites proposals from qualified firms to provide qualifications/concepts for development of approximately 50 acres at the South end of EMPOWER FIELD at Mile High.  To view the full RFQ/C, visit the link below:

Request for Qualifications-Concepts for EMPOWER FIELD at Mile High Development

Empower Retirement, headquartered in Greenwood Village, CO will pay the MFSD an average of $3 million annually over the next twenty-one years for signage on and around the nineteen year old seven county taxpayer owned facility.

Empower will have the rights to display approved signage and logos in locations around the stadium in designated areas.   Empower Retirement has 2,700 employees in Colorado and over 6,500 employees nationwide and beyond.  Currently they are the nation’s second largest retirement services provider, locally serving 212,000 Colorado residents with 4,900 plans administering $16.3 billion in assets.

The stadium was initially funded by the Denver Broncos and a 1/10 of one percent sales tax which sunset in 2011.  The MFSD intends to use the funds for future capital needs.

The new Naming Rights Contract and concurrent Termination Agreement are available at www.mfsd.com

Regarding the passing of Pat Bowlen

The board and staff of the Metropolitan Football Stadium District send our sincere condolences to the Pat Bowlen Family and the broader Denver Broncos Family.  Mr. Bowlen has been a leader in Denver, Colorado and the entire NFL for decades.  His contribution to the community including participation in funding Broncos Stadium at Mile High and bringing home 3 Super Bowl wins will always be a part of our collective history.

Rest in Peace Mr. B

Assignment and Assumption of Lease and Management Agreement

The purpose of this request for proposals (RFP) is to engage the services of a qualified firm to provide Food and Beverage Services at Broncos Stadium at Mile High.

DENVER — As the Denver Broncos continue the process of identifying a long-term naming rights partner for their stadium, the team announced today that the venue has been temporarily renamed “Broncos Stadium at Mile High.”

The request was approved this morning by the Metropolitan Football Stadium District at its quarterly board meeting.

Please see below for a quote from Broncos Chief Commercial Officer Mac Freeman:

“With the season fast approaching, we’re pleased that the MFSD has approved the temporary name of ‘Broncos Stadium at Mile High.’ While fans will notice some new signage going up around the stadium reflecting this change, we remain completely focused on securing a long-term naming rights partner.

“We’ve had many productive conversations and are confident we’ll identify the right partner, which is critical for ongoing improvements to our stadium. In this interim period, we’ll continue to provide all the necessary resources to ensure our stadium remains a great place for fans and one of the top facilities in all of sports.”

City and County of Denver

A nonprofit venture between the Metropolitan Football Stadium District (MFSD) and the Denver Broncos Football Club is exploring creating a new, mixed‐use neighborhood destination on the south end of the stadium property — now occupied by surface parking lots used only during games and special events.

In response, Denver Community Planning and Development has stepped in to lead a master planning process to gather community input to help guide this potential development in accordance with the neighborhood plan — the 2013 Decatur-Federal Station Area Plan (PDF).

The MFSD and Broncos’ vision is to create a neighborhood hub where people can live, work and play, as well as an enhanced gameday experience for fans. City planners want to involve the community in a master plan for this area so that the people of Denver, and particularly adjacent neighborhoods, may provide input into the future.

The Denver Housing Authority (DHA), in partnership with the City and County of Denver, has a mixed-income public housing development underway in this neighborhood; planners will work closely with DHA and its residents to incorporate their needs and perspectives into this master plan.

“This is an opportunity to realize the recommendations in the neighborhood plan, including improving critical transportation connections between the site and nearby transit, downtown, Sun Valley and west side neighborhoods, the highway and the South Platte River,” said Brad Buchanan, executive director of Denver Community Planning and Development. “The Stadium District can transform its surface parking lots into a neighborhood asset, and we want to work with the community to guide that transformation and ensure it conforms to Denver’s values.”

In 2013, Sun Valley residents, businesses and property owners, including the Denver Broncos, established a clear vision for this area in the Decatur-Federal Station Area Plan. It recommended creating a year-round, mixed-use retail, entertainment, and cultural hub to complement the stadium and other area recreational opportunities, with Lower Colfax as a “main street.”

“The Metropolitan Football Stadium District, the Sun Valley neighborhood and the Denver Broncos have a long history of working together even prior to the adoption of the 2013 Decatur-Federal Station Area Plan,” said Matt Sugar, MFSD director of stadium affairs. “This planning effort is an encouraging step towards realizing the potential of this uniquely Colorado and Denver community.”

With the 2013 Decatur-Federal Station Area Plan as a foundation, a master plan will provide more detailed guidance on creating a destination in the vein of stadiums across the country looking to improve the neighbor and visitor experience, as well as improving critical transportation connections to the South Platte River, transit stations and downtown.

“This is a unique opportunity for the district to become a year-round destination with places to live, eat, shop and enjoy,” said Mac Freeman, chief commercial officer for the Denver Broncos. “Similar to what many other sports teams around the country have done, this is a great chance to turn empty lots into family-friendly spaces that draw visitors throughout the year.”

The Metropolitan Football Stadium District owns the property slated for the plan. The MFSD and the Broncos hope through this future development to create a long-term, recurring income stream to support maintaining and improving the stadium, a taxpayer-owned asset.

The MFSD and Broncos expect to replace any parking that is lost to development.

Public meetings will begin in spring 2018. Learn more at denvergov.org/stadiumdistrict.

The Metropolitan Football Stadium District is a body corporate and political subdivision of the state of Colorado established pursuant to the Metropolitan Football Stadium District Act, Article 15, Title 32 of the Colorado Revised Statutes. The district was created for the purpose of planning, acquiring land and constructing a professional football stadium.

The Metropolitan Football Stadium District learned Tuesday that a fan attending Monday night’s game succumbed to injuries after falling over a stairwell railing shortly after the game.  The District and the Stadium Management Company are in the process of learning more about the incident.  Our thoughts are with the deceased fan’s family and friends.

“The Metropolitan Football Stadium District (MFSD) was informed that a motion was filed in a Delaware Court for the Denver Broncos to assume the naming rights contract for Sports Authority Field at Mile High.

“In anticipation of a potential court decision, the District Board directed the staff to prepare a request for proposals (RFP) to seek a valuation for a new naming rights partner. Those efforts will continue as both the court and District processes move forward.

“Naming rights revenue is primarily used for capital improvements extending the life of the stadium well into the future, attempting to avoid need for public funding. The District and the Denver Broncos are currently conducting a facilities conditions assessment of the stadium and surrounding campus. Preliminary numbers indicate over $300 million will be needed over the next 30 years to maintain the facility.”

The joint release from the Metropolitan Football Stadium District and the Denver Broncos can be viewed here:

Request for Proposal for Conditions Assesment

The purpose of this request for proposals (RFP) is to engage the services of a qualified firm to provide to the Metropolitan Football Stadium District (the “District”) and the Stadium Management Company (“SMC”) a review and assessment of the on-going capital needs of Sports Authority Field at Mile High over the next 30 years (a Facility Condition Assessment (“FCA”)).

Request for Proposal for Conditions Assessment 2016

The City and County of Denver Department of Planning and Development is currently undertaking the process of developing a General Development Plan (GDP) for the area immediately south of Sports Authority Field at Mile High. The area includes the Sun Valley Neighborhood and the recently completed Decatur-Federal RTD Light Rail Station.  For more information about the redevelopment project, please go to www.denvergov.org/decaturfederal.

The Metropolitan Football Stadium District and the Denver Broncos recently agreed to fund approximately $30 million worth of improvements to Sports Authority Field at Mile High.

Over the last 12 years, the Denver Broncos and their partners have spent over $28 million in stadium improvements.  This latest round of improvements will include some very visible upgrades including new High Definition Video Boards and a makeover of the lower concourse.  Additionally, upgraded health/safety communications systems also are improved to provide better communication in case of an emergency.

A partial list of improvements to take place before the 2013 season is listed below: